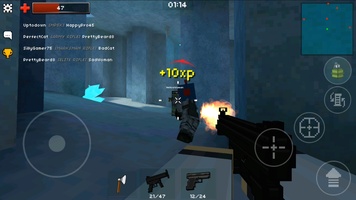 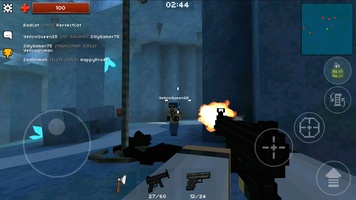 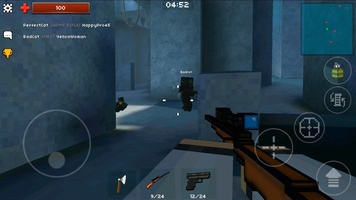 Advertisement
Pixel Strike 3D is a Minecraft-style FPS that you can play by yourself or online.

Players can enjoy various game modes like the traditional deathmatch mode where everyone must fight each other, or the team mode, where various players have to join forces to fight against an artificial intelligence. You can do all of this online or offline (against bots).

To defend themselves, Pixel Strike 3D players can use an arsenal of weapons, depending on the type that they choose. You can use sniper rifles, guns, machine guns, assault rifles, hand grenades, axes and many more.

One of Pixel Strike 3D's strongest points is that it has many different environments, many of them themed, set according to the time of year that you're playing in. So, for example, if you're playing during the Christmas period, you can fight in a Christmas environment.

Pixel Strike 3D is as much a multiplayer shooter as it is an individual one, that is direct, fun and addictive. The controls are accurate and the Minecraft-style graphics perfectly match the casual style of the game.
Reviewed by Juan Jesús Translated by Eloise
Advertisement